Ravie is accounting her business

When the clock struck 8 this morning we had an almost full classroom to our great delight. The participants started with presenting the homework from yesterday. Ravie reported on her fish enterprise. Her business plan is to buy fresh fish, which she will clean, salt and dry and then sell it. As usual, there was a lively, and sometimes loud, exchange of views. It is only natural to be loud and use the whole body to demonstrate your arguments in Congo. But in the end everybody agreed that Ravie’s business idea seemed to be sound. It appeared profitable to buy fresh fish, clean it, salt and dry it and then sell it. At 10.30 a.m. I had to go to Gothia Cup and I left Bernt to take care of business.

At eleven o’clock we were at Gothia Cup. Myriam had gathered the OSDO group at ten o’clock, but when we arrived they had all disappeared. Myriam phoned some of them, and soon the whole group was gathered again. This was their fifth lesson in entrepreneurship. I had prepared a few exercises. Some of them we did in class and the rest was homework for next Saturday. The idea was that we would end the lesson at two o’clock. But then, they wanted to buy me coffee. Last time, I bought them coffee and a snack and now, they wanted to reciprocate. At three o’clock we were ready to go home. But then, they wanted to thank me and they wanted to document it on film. One by one they walked up and thanked me by the hand. This is probably the most documented farewell I have ever experienced. And it was bilingual – they thanked me both in French and Kikongo. The ability to express gratitude is a beautiful feature of the Congolese.

I had a chat with the Congolese man who is responsible for Gothia Cup in Brazzaville. It is a collaboration between BK Häcken in Gothenburg, Ekumenia Church and the CEC Church. Four young Swedish volunteers are working there now. There should have been full activity in the sport center today, but since it is raining heavily the activities were canceled. He told me that about 450 young people are involved in the Gothia Cup. And he said that they don’t just teach them how to play football, but also give them a set of values ​​for life. They have also contributed a few star players to Europe and South America.

We went home by taxi which is the most common way to move around in Brazzaville. It’s also pretty cheap. At one point the main road had become a big lake and the taxi driver took a side street, where we got stuck in a mud hole. But there are always helpful people so it was quickly solved. People are not afraid to step out of their cars and help push another car out of a hole, even if they are sprayed by mud. 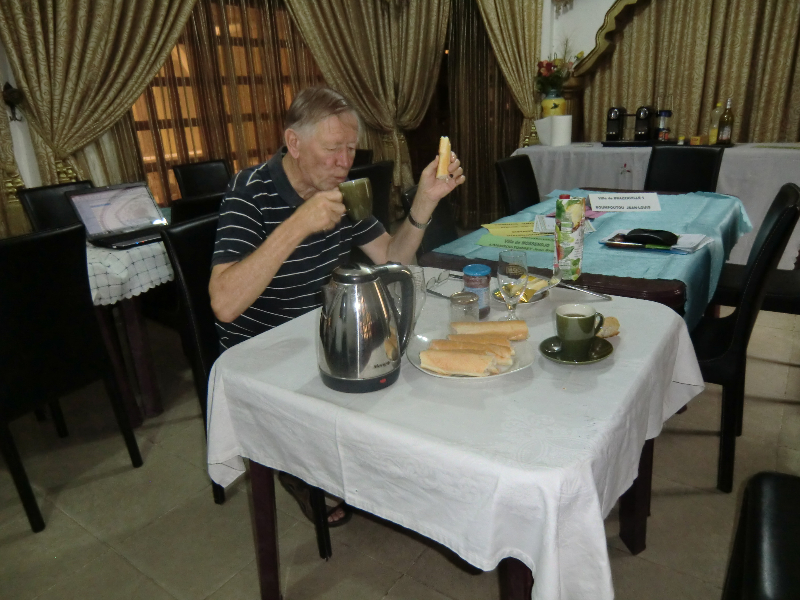 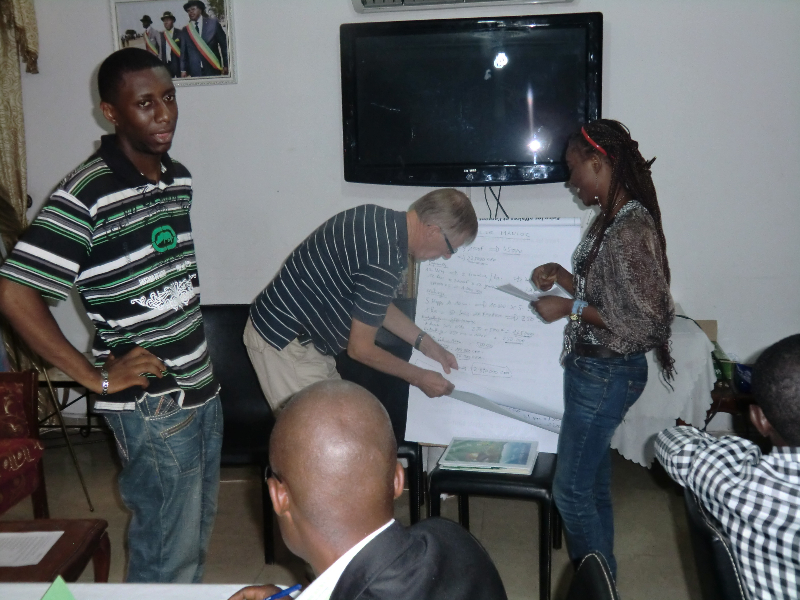 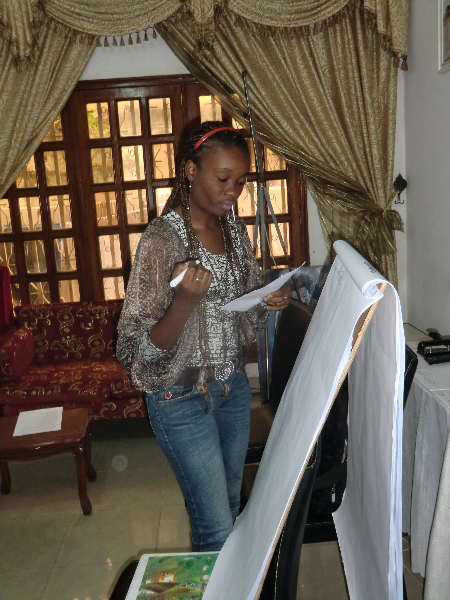 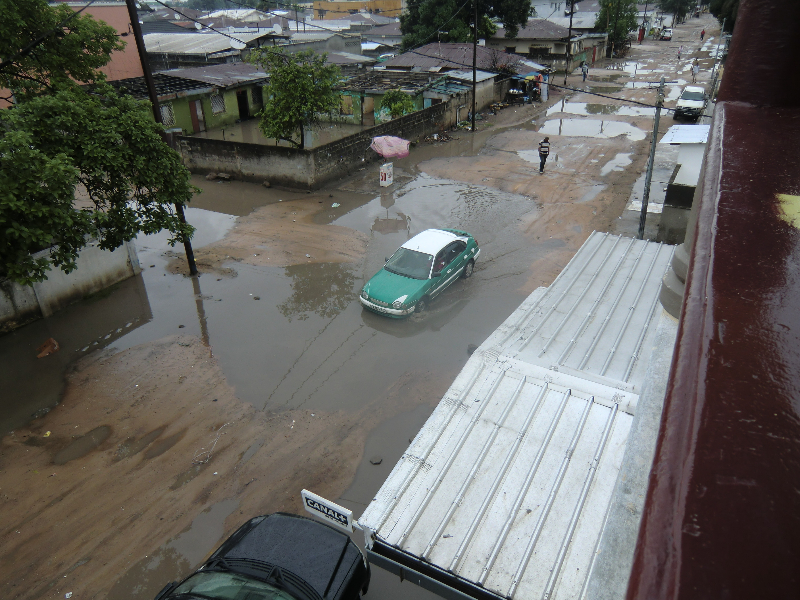 One thought on “At two places”