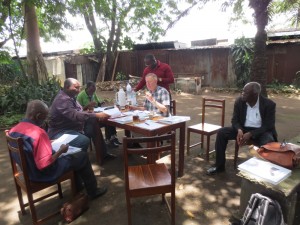 Thursday was a very sunny and hot day. At 9 o’clock, André Hombessa picked us up and together we went to the city center of Brazzaville. Saka Saka, where we live, is located in Bascongo, a district of Brazzaville. Yngve and André went to exchange money from USD to CFA. I waited in the cool office of an Insurance Agency and saw a cute little girl with beads all over her hair. Christmas decorations can be found here and there in the shops.

We had a Fanta at a coffee shop with Marius Billy. Then, André Hombessa drove us to a garden where once a French family had lived. Since the 1980’s it is the premises of a charity organization called Niosi. There, we met three university teachers. One of them spoke English, and he taught Congolese traditions. When Yngve asked him for a Congolese proverb he taught us: Each bird has its song and its feathers.

Their vision is to build a large house on a plot located near the city center and near a large market. Afterwards we took a taxi to an internet store and supplemented both the telephone and the internet subscription. Marius younger brother Odilon and I sat and waited meanwhile without being able to talk to each other. When I tried to ask him about his future in the police profession he used Google Translate to make his answer intelligible to me in Swedish.

We went to a restaurant, invited by Hombessa. There, we met Joseph Mandzoungou and Yngve informed him about the Congo Support Group. I would have preferred the television sound to be lowered and I didn’t eat the cassava dish, I just took a photo.

We went to the EEC Church where Marius Billy had grown up. We met three persons who are involved in the youth organization CBE. It is an organization within the EEC Church and its members are spread over large parts of the world. They are planning the 50 year anniversary and are considering to launch an entrepreneurial program in connection to this. It was a very rewarding meeting. CBE has bought a hectare of land in Dolozi area and plan to buy more. After prayer the group followed Yngve and me to the taxi. A young driver drove us home and helped us very kindly to find the right street. 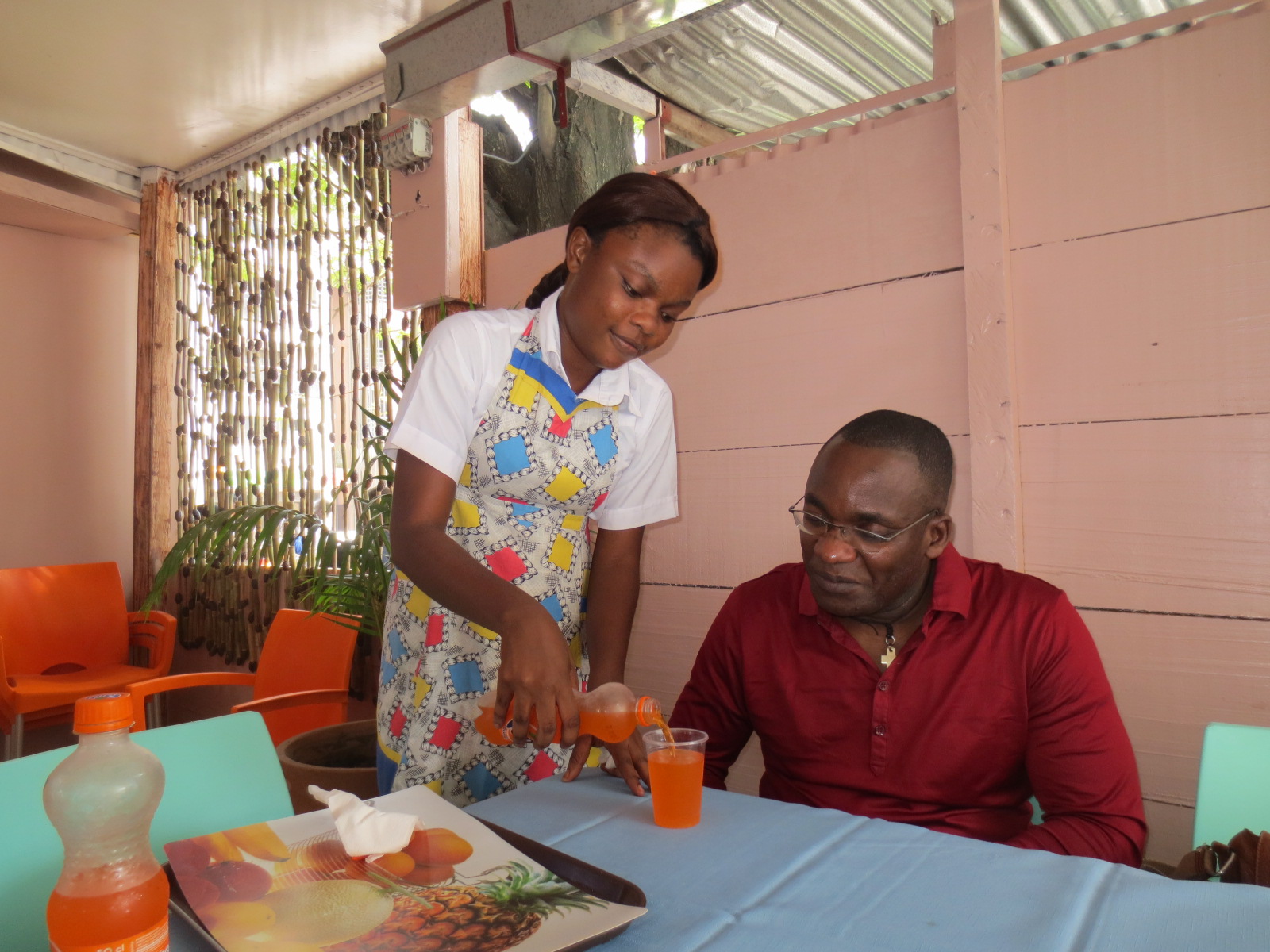 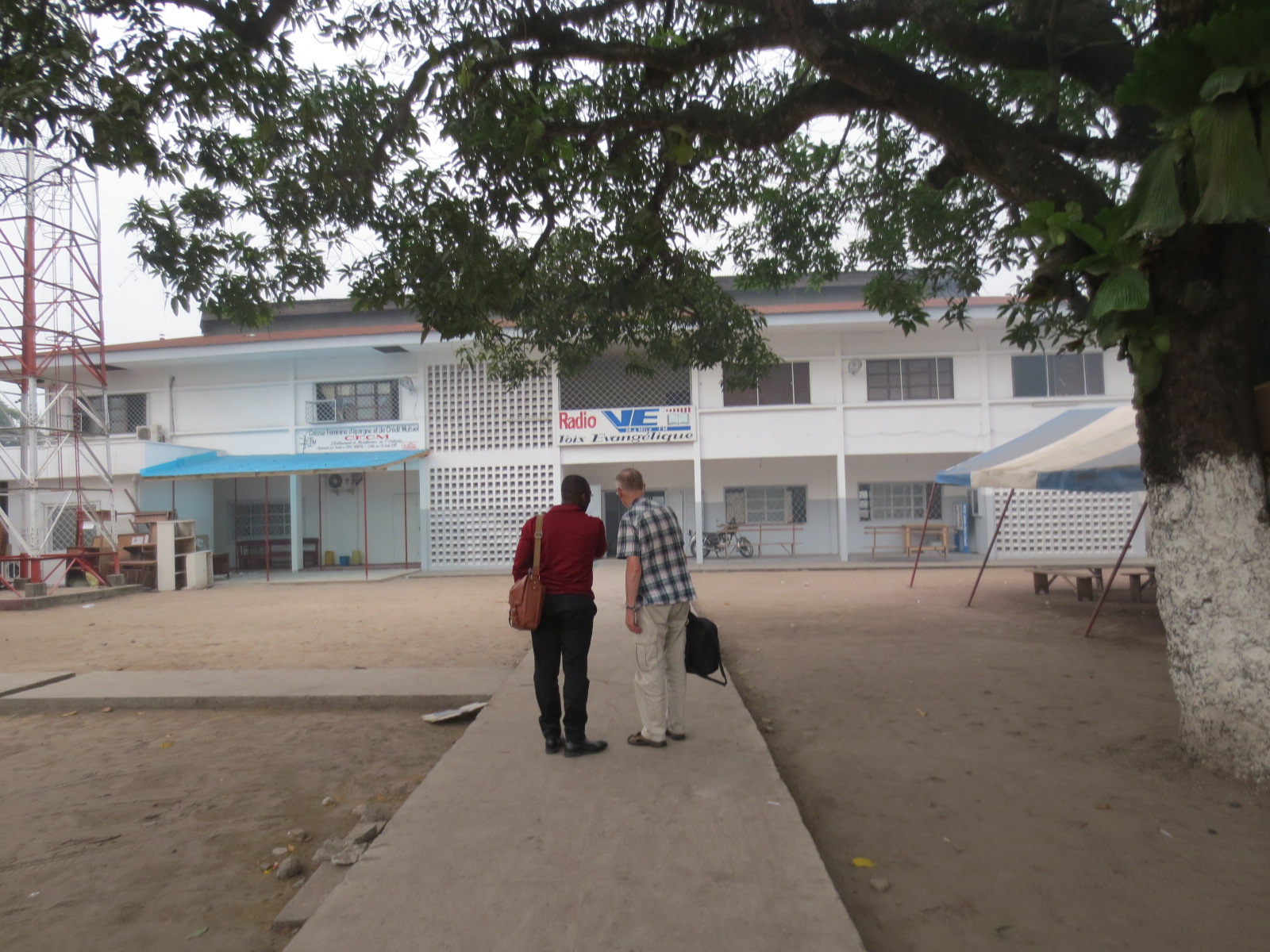 One thought on “Each bird has its own song”