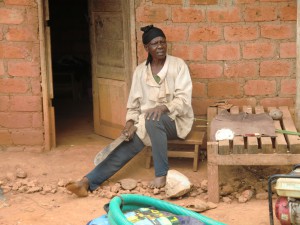 Today, we almost got the breakfast we asked for yesterday. Apparently, our request had won acclaim with the superiors of Lisanga. But unfortunately, they didn’t reach the goal from the way we look at it. Namely, the result was gruel, evidently a remnant from the missionaries, as it is called missionary gruel.

At 8.30 a.m. we were going to Nsanda, this time to inspect the piripiri field. But first, Yapeco gathered us in prayer for our travels and the day ahead. Before we got going, we met a buffoon in the street. He was dressed as Mobutu, a Congolese dictator of more than 30 years, and his message was clearly adressed to the leaders of today. He was a copy of the dictator, carrying dummy weapons and acting like him with a great sense of humour and satire. His “show” attracted general hilarity from the public in the street. For everyday – according to Yapeco – he is a department manager at one of the hospitals in town. Our next stop was the building site of Yapecos hotel, where we met Edimod. He, his wife and a child live in two rooms in a corner of the basement of the hotel. They have a roof made of corrugated sheet. Edimond is in charge of the around-the-clock watchkeeping of the building site.

Then we headed for Nsanda. We provisioned and met up with Julienne and her driver Jima and the relative Iroci at the Nyambudi house in the village. Clement had gone to a funeral in Kimpese. Jima is not only the driver, but helps the Nyambudis with all kinds of chores. We went together the 14 kilometers to the field where we grow piripiri, peanuts, corn and onions. It takes two hours to walk between the manioc field, which we visited yesterday, and this field. This field is located by a river, and the river feeds the irrigation system that is very much needed during the dry season. Now, we hope for a lot of rain to boost the vegetation.

Before we walked into the field, we stopped by a cluster of small, plain brick houses. Here lives a former elephant hunter called Julienne, thus namesake with Julienne Nyambudi. The elephant hunter comes from the northern part of Congo and lives here by herself, at least 10 kilometers away from the closest neighbour. The plot where she lives is owned by her brother, and it adjoins the Nsanda fields. Julienne knows her pretty well, and we talked to her for a little while. We sat down in her paillotte, a gazebo with a grass roof, and had the soft drinks and snacks we had brought. When we sat there, she whetted her machete on a stone and then she went into the woods. An hour later she came back with manioc leaves for sakasaka and a bunch of bananas, and then she took her hack and went to her own fields.

We walked to our field along a small path of about 400 meters. Jima lifted the engine driven water pump of at least 25 kilos onto his head, he put the hose over his shoulder and took a couple of bags in his hands. Iroci carried the gasoline and more hose on his head. Bernt and I weeded the piripiri, I managed half an hour and Bernt’s effort lasted for an hour. That’s all we could muster. The heat is hard on us mundele. Yapeco helped with the irrigation and Ing-Marie and Bengt picked piripiri. Ndombe can work on the field hour after hour. Julienne and her driver stayed at the field a couple of hours after us. Unfortunately, we have other collaborators at the field, the monkeys who are very interested and heave in a corn cob every now and then. On the way back, we visited another neighbour in Nsanda who lathes mortars in holly. He showed us how he lathes and we bought four mortars in different sizes from him.

On our way home, we were stopped by the police. A service charge was discretely handed over and we could continue our journey. At home, I had a lovely shower and then we went to Yapeco and Augustine for dinner. Today, Augustine had cooked a rooster for us to feast upon, and during dinner she told us about her chicken farm. Unluckily, there has been chicken thieves. She has lost 362 hens through theft. Yapeco has enhanced the theft protection by crowning the walls with barbed wire and putting up lamps controlled by motion detectors. 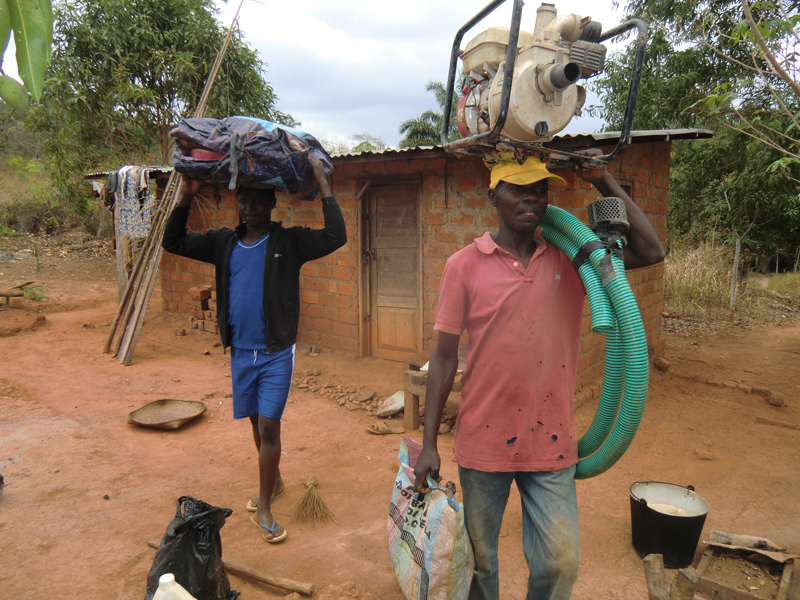 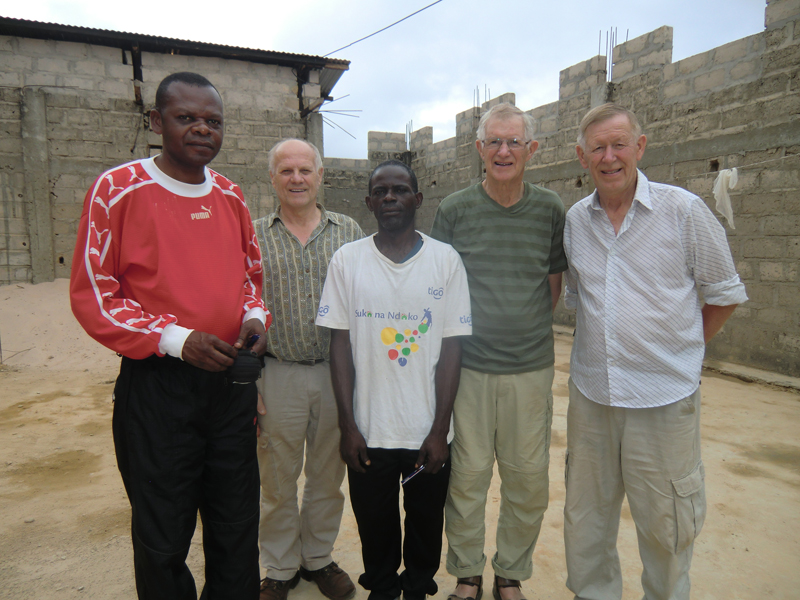 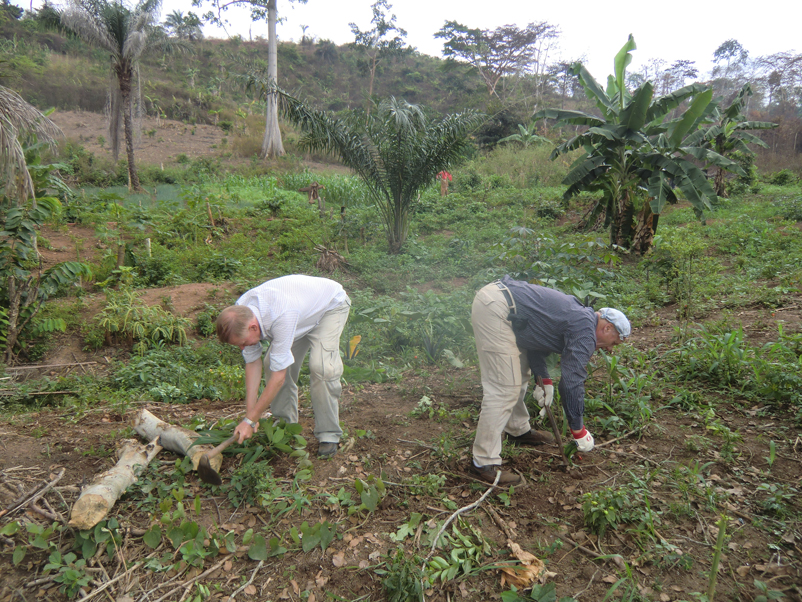 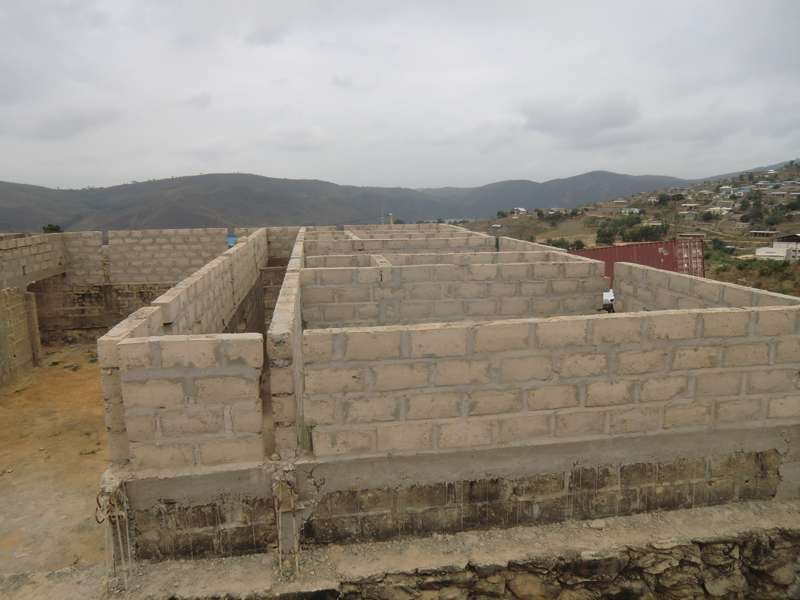 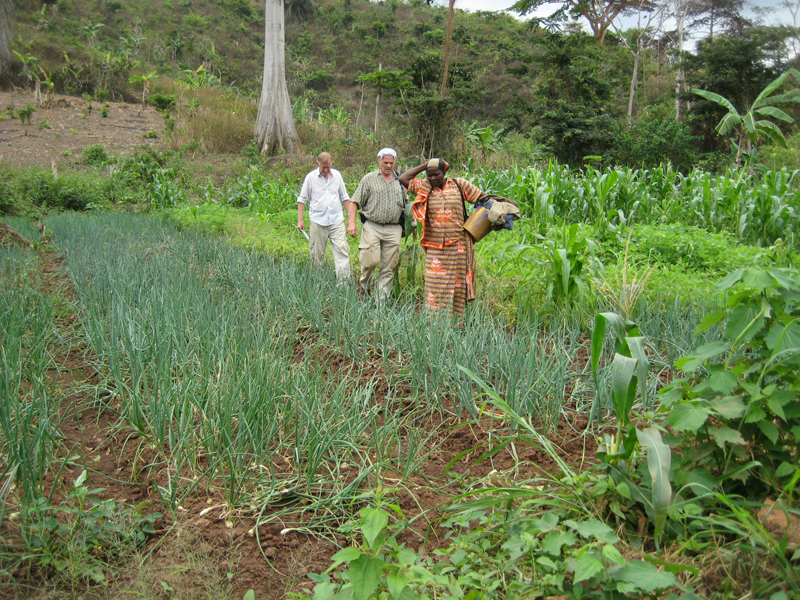 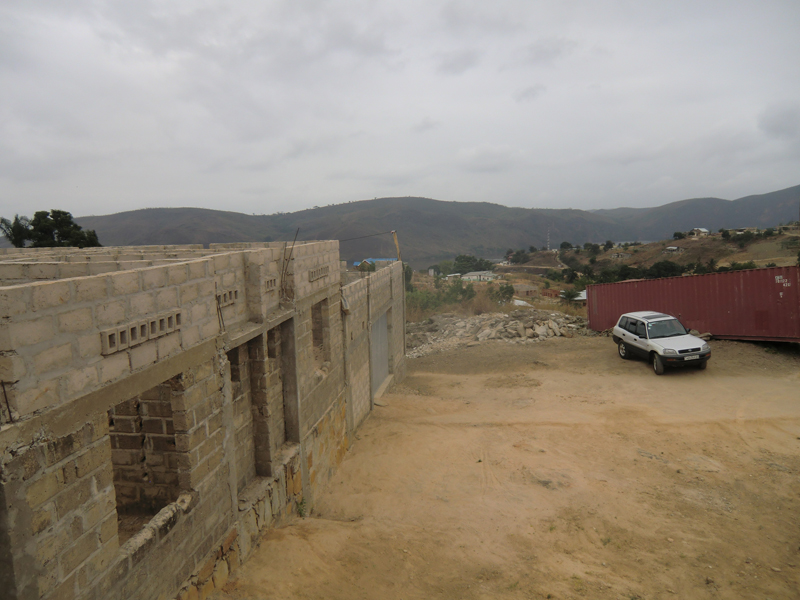 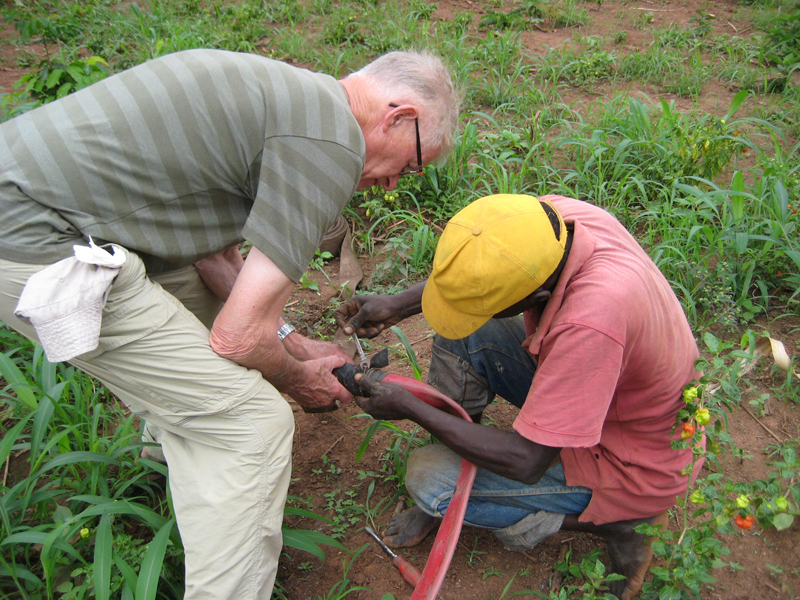 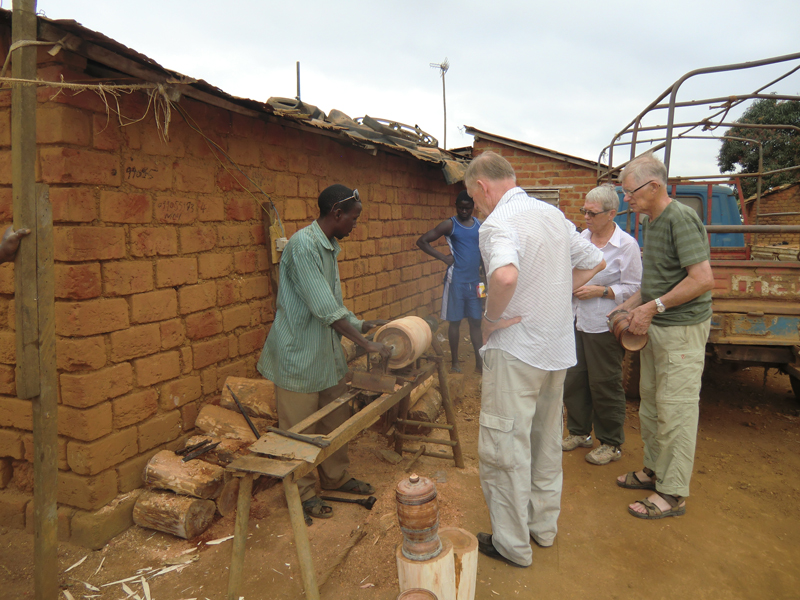 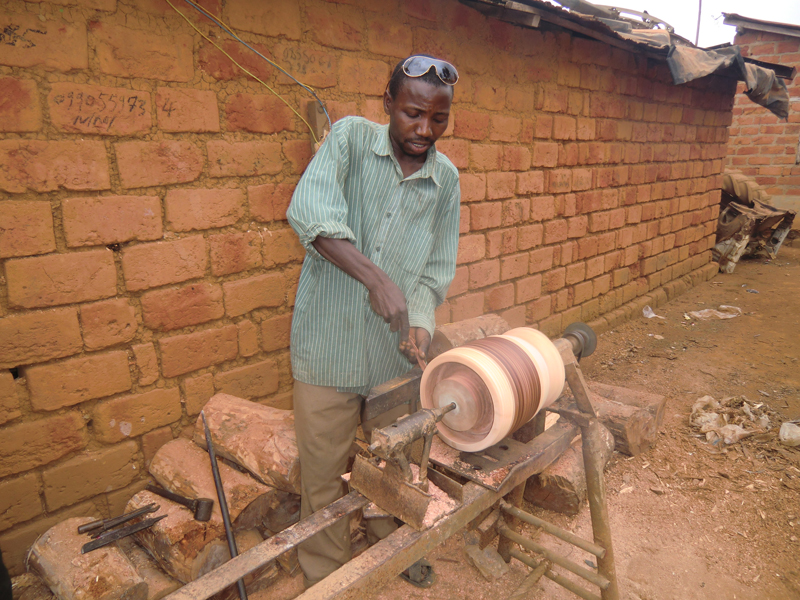 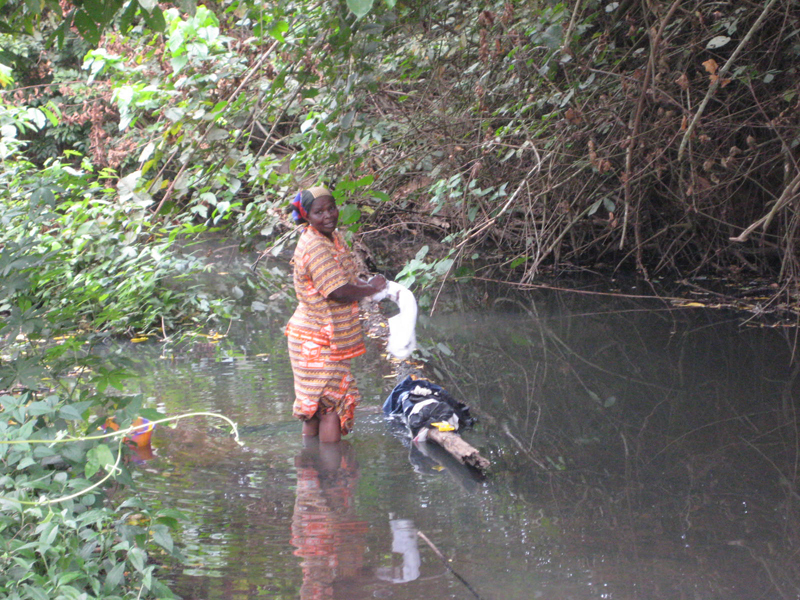 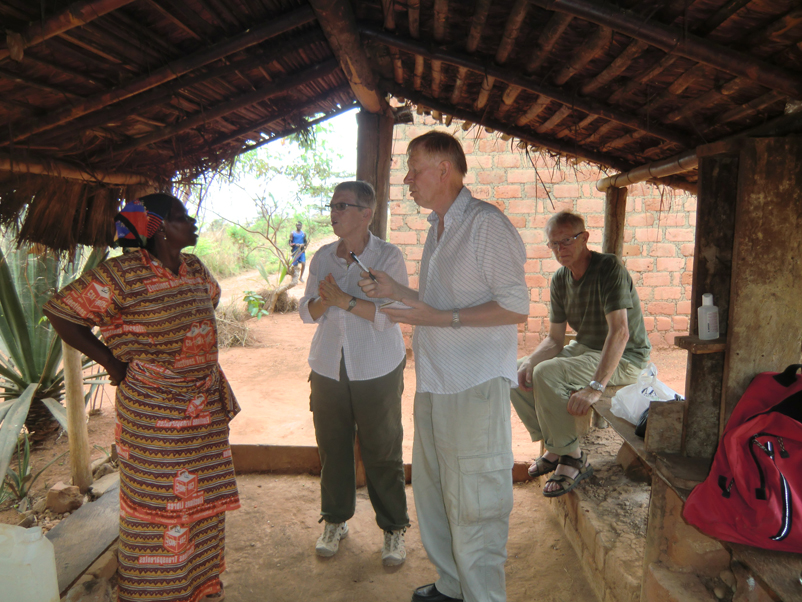